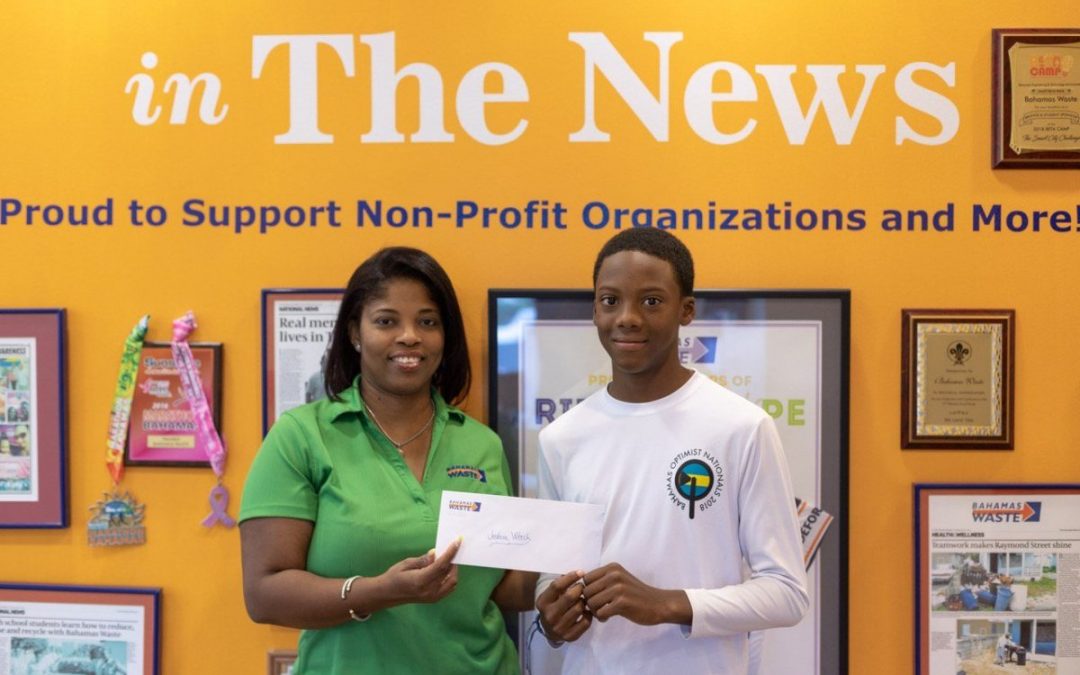 Despite having eight international competitions and multiple domestic races under his belt, thirteen-year-old sailor Joshua Weech, is still a typical Bahamian teenager with chores and homework. With the help of his family and friends, the promising athlete has learned to balance it all.

Joshua’s most recent sailing exploits took him to Montevideo Uruguay, where he competed in the 35th Campeonato Rioplatense de Optimist held through December 17th – 21st. Supported by Bahamas Waste, who signed on to partially cover travel expenses for the teen and his chaperone. As expected, Joshua did not disappoint his new sponsor and took second place overall in the championship fleet which featured up to 69 talented athletes.

Over a ten-day period, which included three days of intense training to learn the sailing area, Joshua held his own with the international team of sailors from around the world. With three individual races on the first day, Joshua secured two first-place finishes and one seventh-place showing. Joshua’s second day of competition was equally eventful; with finishes all above tenth place in three more races, Joshua was able to maintain his the 2nd place ranking.

Since the start of his sailing career, Joshua – who credits his love of the sport to his older brother – has received widespread support from the local sailing community including the fellow sailors like Patrick Tomlinson of the Lyford Cay sailing club.

“Patrick was the initial winner of a prize voucher donated by Yacht Club Uruguay to the OPTINAM 2019 Hurricane Dorian Relief Raffle” explained Joshua’s mother Elizabeth Weech, “but he was unable to go and generously paid it forward, giving that opportunity to my son. The voucher covered registration, accommodation, meals, coaching and a charter boat. With these covered, I was extremely grateful to Bahamas Waste for stepping in to support his travel expenses, meaning my son could compete on such a huge international level.”

Bahamas Waste is well known for its great support of local non-profits with their colorful trucks that help promote giving back to the community. Bahamas Waste Managing Director Francisco de Cardenas, who is also President of Rotary East Club of Nassau was very impressed with Weech’s success. ”Joshua is a great sailor and a lovely young man, he represented us and the country so well and we are so proud of everything he has accomplished. It was a pleasure for us to sponsor him.”

With this major accomplishment under his belt, Joshua is already planning ahead to his next race. “I think I did pretty well this time around and I know I can keep improving,” he said. “I’m looking forward to getting a lot better and competing in even bigger events.”